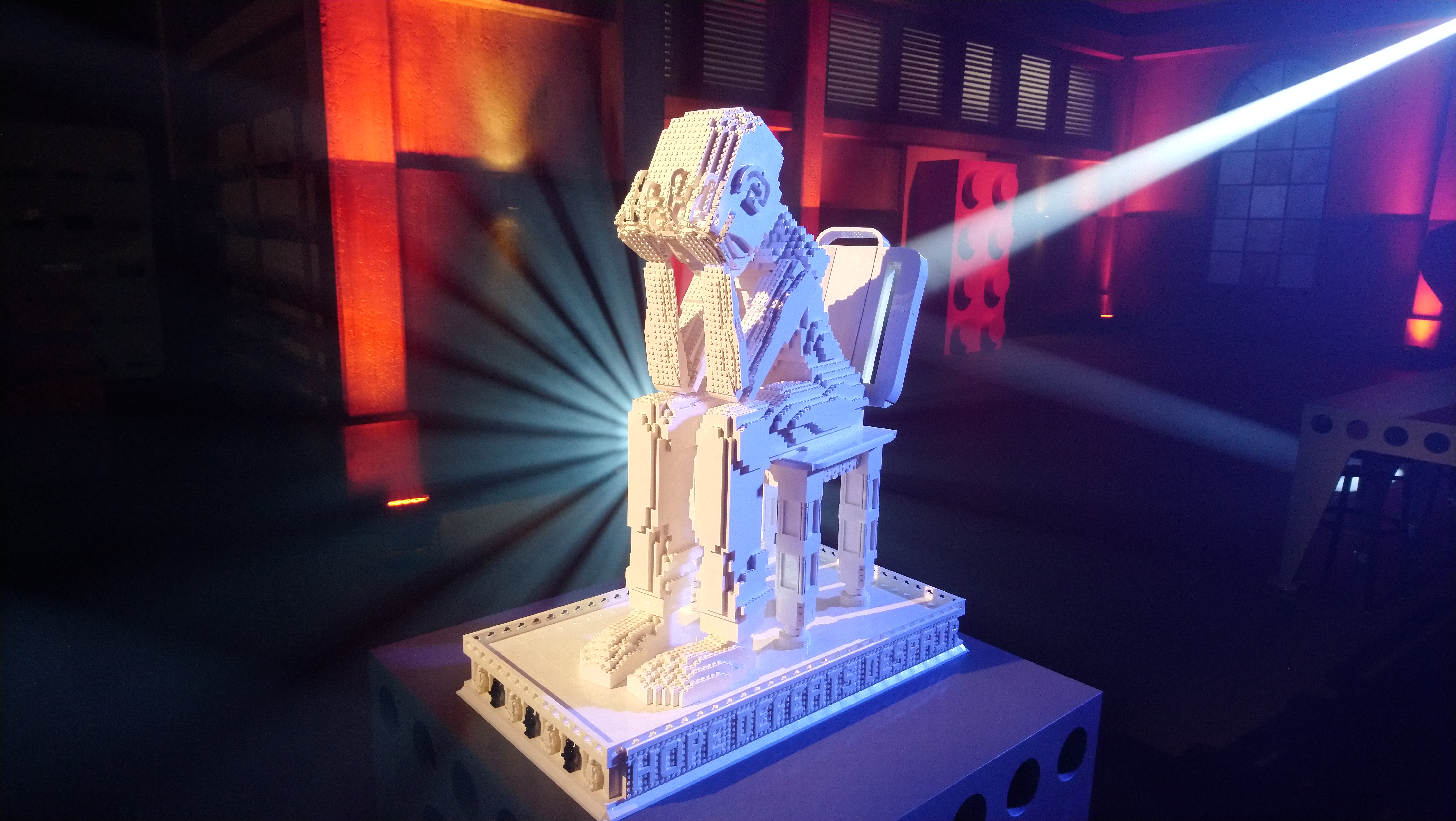 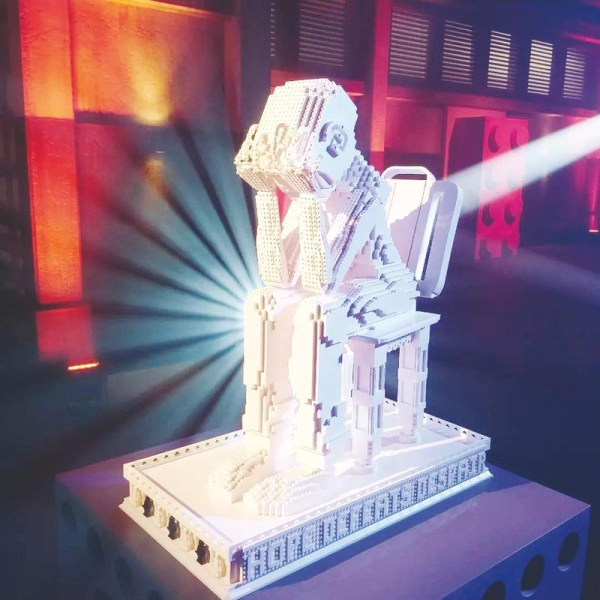 HOPE DEFEATS DESPAIR: This piece of Lego artwork won Gisborne's Jono Samson and his teammate Dan Mulholland last night's challenge in Lego Masters NZ. The pair wanted to show that 'even when the world is at its darkest, there is always a glimmer of hope there'. Facebook picture

And so Jono Samson and Dan Mulholland did.

The Gisborne/Upper Hutt combination produced their best creation yet to win the latest challenge of the TVNZ reality show.

The four remaining teams were required to design and build a “work of art” in one colour — hence the challenge's name, “Monochrome”.

Brick Master and judge Robin Sather said it would need to be something “worthy of sitting in a national gallery” and “draw an emotional response . . . as all great art does”.

“Your overall look and feel and aesthetic, we want you to move us with this piece. And of course story always has a place . . . make us marvel”.

Having won an earlier brick-sorting challenge, Jono and Dan got first choice of colour and selected ma (white).

They then started on a sculpture they titled “Hope Defeats Despair”.

Both men have talked openly about their battles with mental health issues and how Lego has played a vital therapeutic role.

Dan has had several anxious and emotional moments highlighted to the TV-viewing world during their competition. So this creation was close to their hearts.

Jono explained. “Our piece is a sculpture sitting in a chair. He's in despair (but) when you get close we turn it around so people get a different emotion.”

Dan added: “Most people can relate to a feeling of despair at some point.”

Brick Master Sather said the challenge would force the teams to “channel their creativity” and he was impressed with Jono and Dan's concept from the get-go.

The teams had 12 hours to complete their build. Sounds a lot. It's not.

Adding to the pressure was the inevitable “twist” announced hours into the builds — last night's being that teams had to add a secondary colour comprising 10 to 50 bricks.

Jono and Dan went for black.

“We were in a good head space until the twist,” Dan said.

Completion drew the standard reaction of relief but also an overwhelming feeling of achievement.

“This is the best work we've ever done,” Jono said.

“Emotionally this was a tough one,” a teary-eyed Dan said. “Being given the opportunity to come here and tell our story . . .

“You have all created pieces that I would certainly go and visit in a gallery.”

In explaining their sculpture, Jono and Dan said they wanted to show people that “even when the world is at its darkest, there is always a glimmer of hope there”.

“And sometimes you've just got to reach out and take it,” Dan said.

Brick Master Sather was blown away.

“You walk in the room and see that piece and there's immediate emotional impact . . . a wonderful effort, fantastic.”

“To get an idea that Dan had . . . and to help him create it and then to create this emotion . . . what more could you want from a piece of art?”

Jono and Dan and ever-consistent Kapiti/Pahiatua mates Jake and Glenn, who built a red broken heart on a rotating platform, were named in the top two. Not surprisingly, Jono and Dan got Brick Master Sather's tick.

“You had to pull off your best build of the series to beat Glenn and Jake and you did it.”

“We poured our heart and soul into this build,” Dan said. “We're ecstatic to win with such an important piece to us.”

It was a non-elimination challenge but Jono and Dan won “a huge advantage” — they were told what the next build would be but were given the option of telling one, two or all of the other pairs if they wished to.

The next episode (Monday on TVNZ2) will see the demise of another team while the winners will advance straight to the final.