Telling their story through bricks 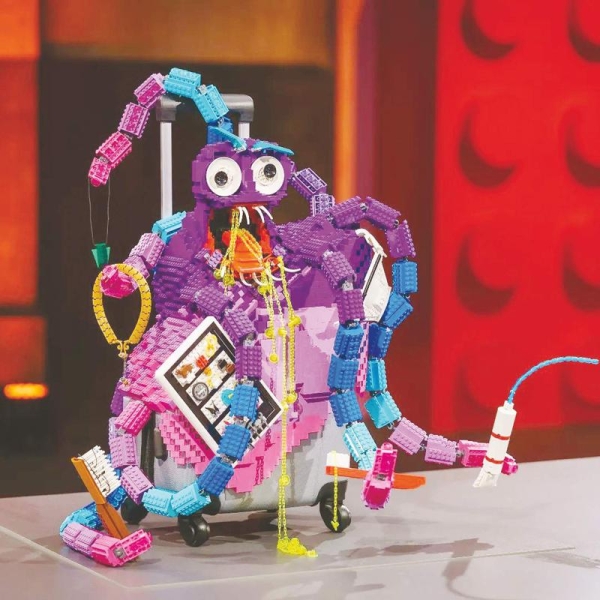 SMUDGE the dog is no Saint Bernard but it came to the rescue of Gisborne's Jono Samson in the first elimination episode of TVNZ's Lego Masters NZ last night.

Jono and his Upper Hutt teammate Dan Mulholland were struggling to come up with a concept for their build in a challenge titled Cut In Half.

The six pairs were given half an object — a snare drum, lawn mower, carry-on suitcase, globe, barbecue and toy car — and had to finish the other half of it in typically out-there Lego style.

“It's not about recreating the other half. Use your imaginations.”

Jono and Dan got the suitcase and from the get-go were scratching their heads ,

“Any ideas,” Jono asked his mate.

Jono could see Dan was struggling. Dan could see little else but failure.

“We are just crumbling,” he lamented. “The pressure is mounting. I'm freaking out. I don't know if I can come back.”

Dan, who in the first episode revealed his battle with mental health issues, admitted he was “struggling” being away from his support base — particularly his dog Smudge.

Five hours into the build — or non-build in Jono and Dan's case — a bit of canine inspiration got the creative juices flowing again.

On to the set walked Smudge, much to the delight of Dan and relief of Jono as it got his mate back into the game.

The pair had already decided on what they were going to do — a “luggage monster”, a “creature that steals your stuff in transit” — and Smudge was the motivational lift for them to get stuck into the task.

If Jono could talk dog, Smudge would have heard him bark “thank you, we could not have done it without you”.

The pair weren't confident about their chances.

“We look around. There's some amazing builds,” Dan said. ‘We look back at ours and think, ‘have we done enough?'. We lost three hours. We have no movement (in their piece). There's definitely worry. There's every opportunity we could be going home.”

Brick Master Sather thought otherwise. He was highly impressed with what he saw considering their initial struggles.

“What a team. Being part of your journey through this build was agonising and a joy to watch at the same time. Lego is an emotional journey, I know that.

“You started out with a hand luggage cart but I don't even know where it ends and the Lego begins anymore.

“You have done such a wonderful job of integrating the two together,” he said.

‘The technical building, going around the corners, the contouring, all of the things you have done to extend past the plane of those base plates . . . it looks like it was always that way and that's an amazing thing. I think you have done that better than any of the other teams in the competition. You've just done an amazing job of telling your story with the bricks.

“But you spent a lot of time where was not a lot of productivity happening and so it doesn't quite have the scale other builds have . . . but fantastic build, it's a pleasure to see it. Kudos to you both.”

Luggage Monster wasn't good enough to win, but Jono and Dan were among the two pairs selected as “safe”.

The winners were coincidentally similar — a barbecue and snare drum converted into octopus creations.

For the second time in three builds so far, Christchurch mates Emily and Sarah were judged the winners — this time for their orange octopus escaping from the fiery clutches of a barbecue.

Former flatmates Emily and Liam's globe pirate ship didn't cut it and they were the first pair to be ejected.