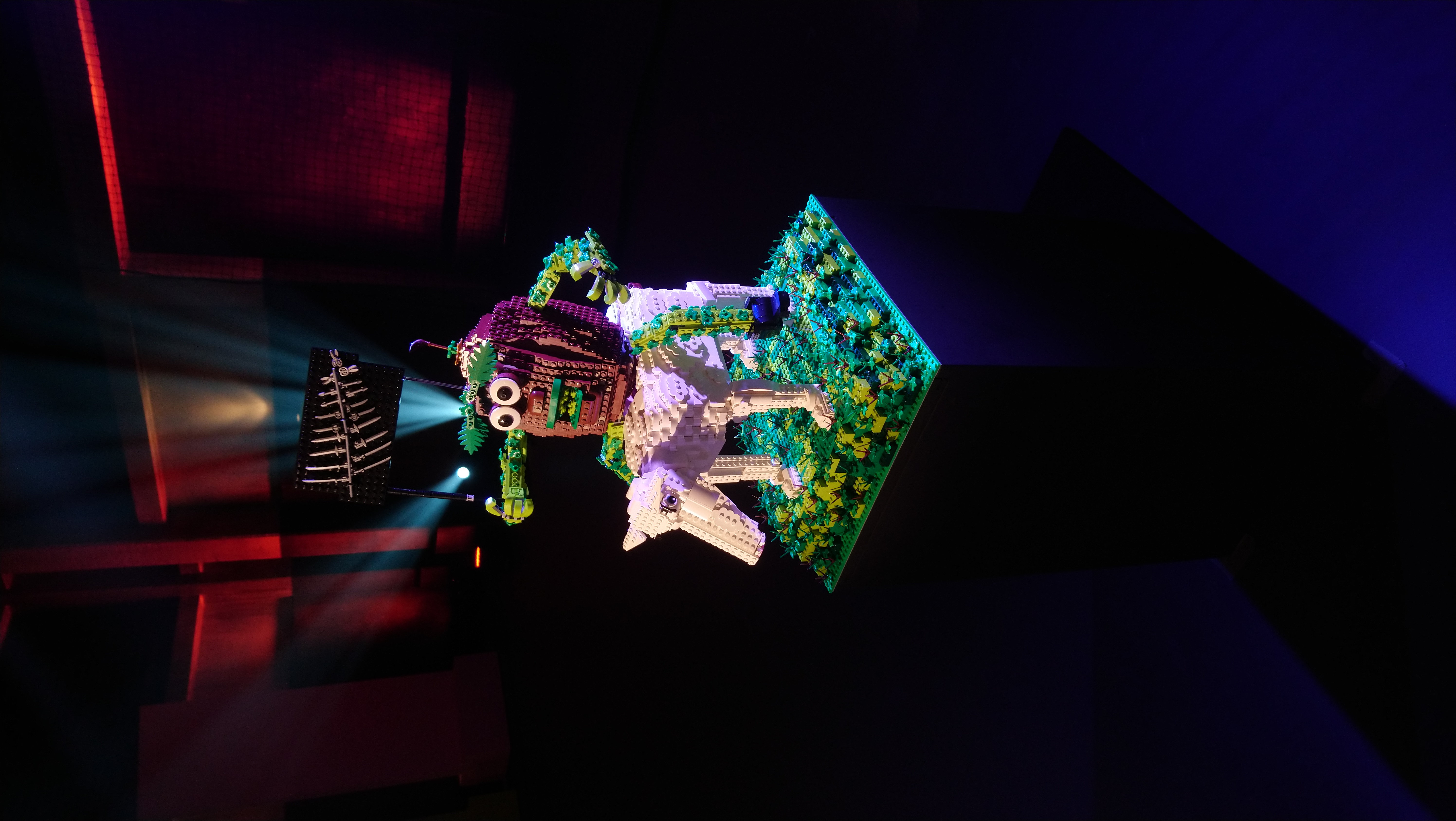 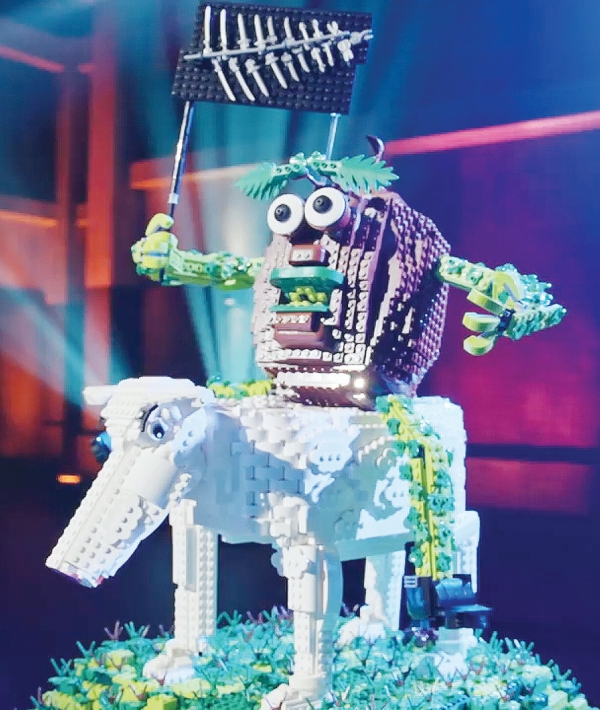 CREATE AND DESTROY: Gisborne’s Jono Samson and teammate Dan Mulholland created Kevin the kiwifruit and Dolly the sheep in last night’s episode of Lego Masters NZ. Their piece was then destroyed by a “bowling machine”, along with the five other cricket nation-themed pieces. Screen shot

It's easy to be cynical about grown-up Lego lovers and what some might perceive as adults playing with toys.

But “toys” is a word that could loosely be associated with an expansive array of “grown-up” hobbies and pastimes — from fishing to DIY; from home brewing to gaming.

A common thread that binds these is passion.

And there’s no shortage of that among the six zealot-like pairs vying for ultimate glory in the television series Lego Masters NZ which continued on TVNZ last night.

They’re not turning rundown old villas into multimillion-dollar palaces, creating Astaire and Rogers from two-left-footed celebrities or battling week by week on an obscure South Pacific island among back-stabbing “survivors”.

Instead, they are escaping into a world of fun, away from the stresses of reality, and releasing their inner child to do what children do . . . run free.

That is until you put them on the clock.

In episode 2, the teams, including Gisborne’s own Jono Samson paired with Upper Hutt mate Dan Mulholland, had to design and build something that embodied one of six cricket-playing nations.

The 10-hour challenge was called Bowled Over and culminated in each creation being destroyed by a projectile fired from a special Lego bowling machine appropriately called “Trent” (after Black Caps international Trent Boult for you ignorant).

The impact of that was vital to their success. As well as incorporating elements of the cricketing nation, it had to have “smashiness”.

Jono and Dan drew New Zealand, coincidentally following on from episode 1 when they built what they called Kiwi Land.

This time they let their imaginations flow to a story starring Kevin the Kiwifruit riding Dolly the Sheep to escape the clutches of ravenous pursuers.

“Dolly’s going to be turned into lamb chops and Kevin into a fruit salad,” Jono revealed. “They are trying to escape the dinner plate.”

To enhance the impact of the climactic explosion, Kevin was filled with special kiwifruit slices.

“There will be kiwifruit frisbees everywhere,” Dan said.

They completed the “quintessentially Kiwi” piece with a New Zealand flag.

Brickmaster and judge Robin Sather described it as “straightforward, simple, no ambiguity (as to) which country we’re dealing with. It’s just brilliant.”

At the moment of truth — the build destruction — Dolly took the brunt of the projectile, red and white bits of lego representing “roadkill” pouring out while Kevin face-planted, releasing his slices out of camera shot.

Dolly and Kevin weren’t enough to get the judge’s nod.

This viewer’s favourite was the England build by Kapiti-based climate change consultant Jake and Pahiatua IT expert Glenn, featuring a goalkeeper-like Beefeater diving to protect a giant pot of tea and one of the Queen’s corgis.

The winners won an advantage for the next challenge when the pressure gauge will be turned towards full . . . the first elimination.