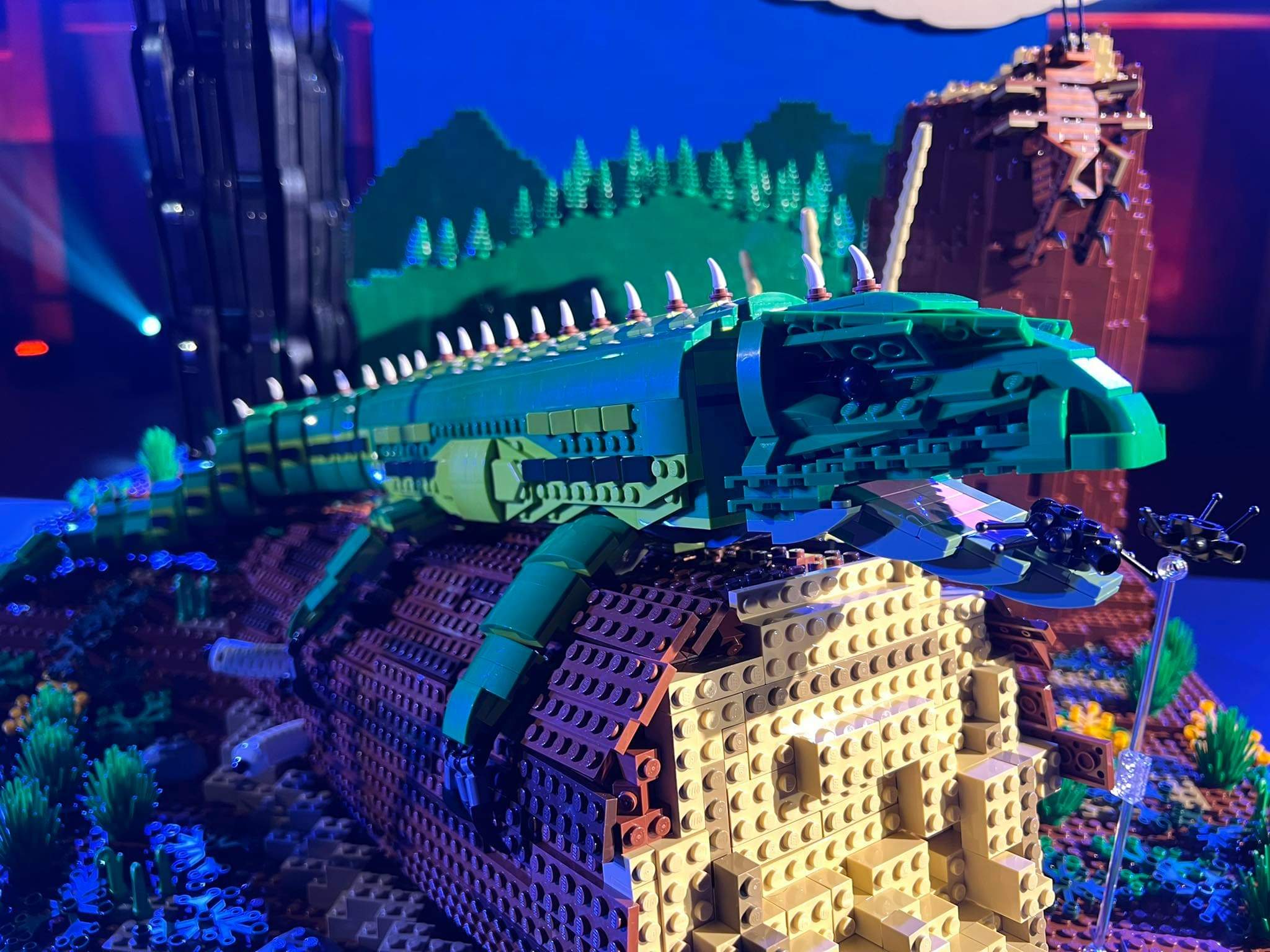 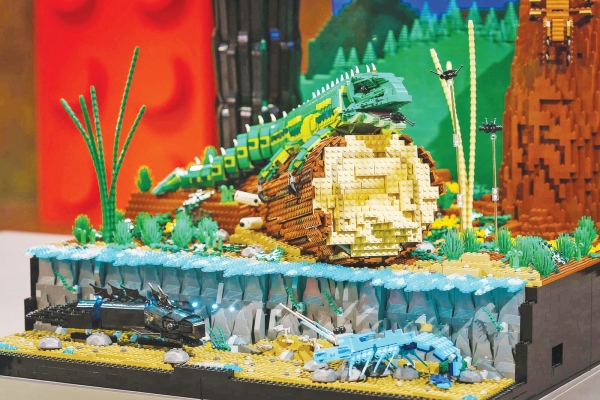 A LOVE LETTER TO NEW ZEALAND: Gisborne’s Jono Samson received high praise from the judge for his Tuatara build as part of the grand final challenge in Lego Masters NZ. Jono and brick-building mate Dan Mulholland placed third in the final with their piece titled A Love Letter to New Zealand. Facebook picture

Sometimes your best is not enough.

Gisborne’s Jono Samson and his Upper Hutt mate Dan Mulholland walked off the set of Lego Masters NZ with the bronze medal after an Olympic effort in the grand final of the reality TV competition last night.

The golden trophy was lifted by Pahiatua/Kapiti brick-building buddies Glenn Knight and Jake Roos, but Jono and Dan left with their heads held high.

“I’m comfortable we have done our best,” an emotional Jono said to Dan after an epic 24-hour challenge for the three grand final teams. I’m grateful to have had this journey with you mate, and I’m never going to forget it.”

The title-deciding episode was an open canvas.

“This will be the hardest build of all,” Brick Master and judge Robin Sather warned them.

Jono and Dan started the series with a Kiwiana-themed build and decided to end it with another patriotic tribute.

They called their piece A Love Letter to New Zealand — a natural scene featuring all sorts of native creatures and starring a giant green tuatara perched on a log.

“Everything you know about Lego you are going to throw into this build,” Dai advised.

Positivity was high in all three camps.

“If Lego has taught me anything, it’s give me a brick and I can pretty much build anything,” Jono said. “I will be using everything I have ever learned at Lego and putting it into this — heart and soul.”

But competing against the clock has also impressed on all teams over the series how time truly can fly and as the hours flashed by, under pressure became, as Dai put it, “under siege”.

Both Jono and Dan’s battles with mental health issues have been highlighted to the TV audience and women’s magazine readers.

They have, however, got better with every week, motivationally boosted by Dan’s dog Smudge becoming a part of the Lego Masters set.

On completion of the tuatara centrepiece, Jono and Dan stood back in awe.

“That is amazing; that is perfect,” Dan said. “Jono, you have outdone yourself” — words later reflected by the judge.

The final 10-second countdown to “bricks down” was special for all three teams.

“We are really proud of our build,” Jono said. “We set out to build a piece of native NZ and I think we have done that.”

“It is a nod to our beautiful country that we live in and that we grew up in,” Dan said. “And we just wanted to share that with the world. I think it’s amazing. We did the best we could. We left nothing behind.”

“They have managed to pull off the natural, organic feel — a variety of animals . . . you have height, a punga tree — a nice large piece to give it sense of scale. It really works.

“You have a wonderful setting here . . . a great stage for telling stories and we’ve got some little bits of story happening . . . a kind of circle of life. Everything’s eating or being eaten.

The judge was blown away by Jono’s tuatara and once again applauded the pair’s sculpting skills. His only criticism was whether the pair told enough of a story.

The Brick Master hailed the efforts of all grand finalists.

“You all brought your best builds to a grand final,” he said before Dai gave the results — Jono and Dan third and Christchurch mothers Emily Fryer and Sarah Mosley second for their colourful fantasy world titled Peril of Venus.

The winners were perhaps no surprise.

Glenn and Jake were consistently in the top two over the series and produced a show-stopping build called Seal of Approval featuring a giant seal complete with moving tongue and tail, among a list of co-starring features that the judge said “ticked all the boxes” and was “a joy to look at from every direction”.

The pair took home a Fiat 500 Lounge car each, a giant Lego Trophy and $25,000 in Warehouse vouchers.

It was confirmed there would be another Lego Masters series. Whether it will be an Olympic Game event of the future, who knows?

Esports has made the 2022 Commonwealth Games.