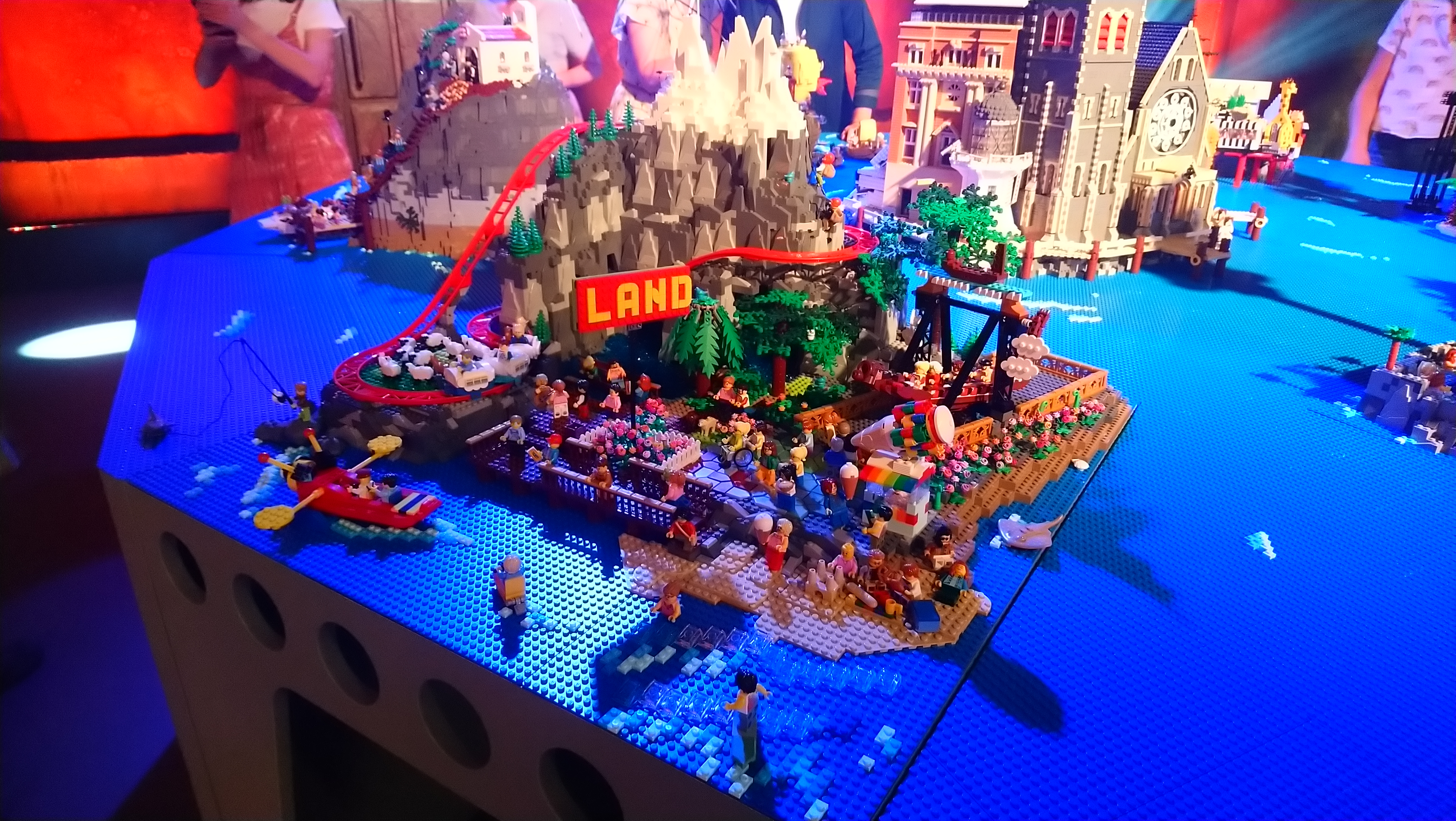 Six pairs vying for the country’s inaugural Lego Masters crown were introduced to viewers before taking on “ArchipeLego” — a challenge which required them to create their own tourist destination.

“We want to see your personalities,” said “brickmaster” and judge Robin Sather, one of only a handful of Lego-certified professional builders in the world.

“We want you to tell your stories.”

That, of course, was on top of displaying their technical and creative abilities, and producing something with “the wow factor”.

They had 16 hours to do it and about

2.5 million pieces of Lego to choose from.

Up for grabs was the much-revered “power brick”, which gives the challenge winners immunity from elimination for the next round and various other advantages.

Presenter and comedian Dai Henwood held up the brick like it was the Hope Diamond.

The contestants stared at it with the

adoration of teenage girls at a Justin Bieber concert.

The oohs and aahs continued when told of the prize package for the overall winners — a Fiat car each, the “epic” Lego Trophy and $25k of vouchers from The Warehouse.

They were also warned “to expect the unexpected”.

Competing pairs range from friends to a father and daughter to flatmates.

Gizzy hopeful Jono is with his Upper Hutt mate Dan Mulholland, who he met through his passion for the plastic bricks.

Both opened up honestly about their mental health battles and how Lego had been a saviour.

Jono, who was diagnosed with ADHD (attention deficit hyperactivity disorder), said: “during the darkest times of my mental health issues . . . Lego was a constant for me and a place I could go and I could feel challenged but comfortable. Lego saved my life.”

Dan suffered a mental health breakdown as a teenager and was diagnosed with PTSD (post traumatic stress disorder).

“Lego became my go-to therapy. Meeting people like Jono has been part of my recovery journey.”

The pair said they were going to “push ourselves” but ultimately “have some fun”.

It didn’t look a lot of fun for “technical wizard” Jono, however, as he struggled to get a roller-coaster to function as part of their Kiwiana Theme Park.

He stormed off at one stage, then returned refocused much to the relief of Dan and the admiration of the brickmaster.

They didn’t win the challenge but Sather said he “loved some of their parts” — including a waka swing. Jono and Dan “ticked some boxes” and showed good technical ability.

“I’m anxious to see your next build.”

The winners of the challenge were Christchurch mates Emily and Sarah for their Duck Water Park. They appeared more shocked than the look of surprise on the face of their showpiece — a giant yellow duck.

Episode two is tonight on TVNZ2 from 7.30pm when one of the five other pairs will be axed.